The Importance of Place in the Fracking Debate

Who should make the rules? This is the key question surrounding fracking. The most important battle over who shall rule pits towns and cities against corporations and federal and state governments. This week, the town of Dryden, NY faces Norse Energy Corp. in a landmark New York Appellate Court case about whether municipalities have the right to ban fracking.


Mary Ann Sumner was elected Town Supervisor of Dryden (the political equivalent of Mayor) in 2007. At that time this community of 15,000 people in southern New York knew very little about the technological revolution of fracking. But landmen were hunting for leases, so they formed a task force and they didn’t like what they learned. Fracking promised to industrialize a town with a strong rural character. “Our biggest industries are family farms and a gravel mine,” Sumner explained. After months of heated debate, Dryden banned gas drilling on August 2, 2011. Six months later, this town with an operating budget of $5 million was sued by Anschutz Exploration Corp., a multi-billion dollar energy company. In a show of solidarity, Sumner was re-elected by an overwhelming majority while the case was in court. 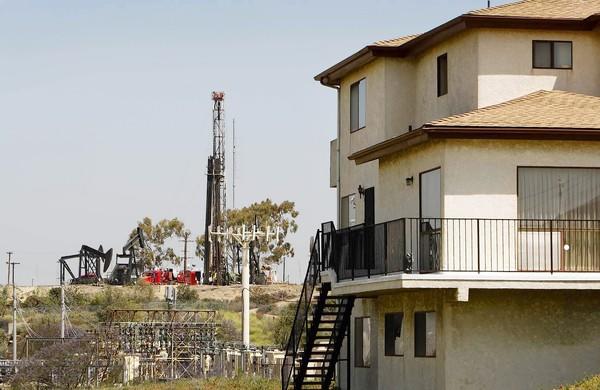 Dryden won the first battle in a ruling made a year ago by the New York Supreme Court. But they are now facing an appeal by Norse, which has taken over from Anschutz. “We are in this fight,” Sumner said, “because we need to retain the rural character of our town. It comes down to this: Who should make the decision affecting our land? The people who live here and who can identify a bend in a road and tell you which bog that is? Or someone in corporate offices far away who knows nothing about our lives?”


That question is being contested across the country. Last year, the Pennsylvania legislature passed Act 13, which stripped municipalities of the right to prohibit gas development. But five months later, Act 13 was partially nullified and we are now awaiting a final ruling on its constitutionality by the Pennsylvania Supreme Court. Act 13 originated from ALEC, a free-market think tank funded by the billionaire oil baron Koch brothers. The Texas state legislature is currently considering HB 1496, which would similarly neuter municipalities. The author of this bill, Van Taylor (from fracking-free Plano), had his campaign financed in large measure by Denbury Resources, an oil and gas company.


Last year, when President Obama and Governor Romney were fighting over who would cut the most red tape on oil and gas development, the candidates for Mayor of Denton were fighting over who would apply the most red tape. More and more people who are accustomed to just consuming oil and gas are finding themselves exposed to the nasty production side of the business. As a result, they are working through local governments to adopt a “not in my backyard” stance at odds with corporate and national goals. In New York, dozens of towns and cities have banned fracking. Tea Partiers and tree huggers unite in opposition to fracking at the local level, finding common ground in a vague ideal of “small government” that signifies everything from federalism to bioregionalism.
Fracking is two things at once. It is energy policy where the relevant comparisons are to coal, wind, and solar power. And it is a local land use issue where the comparisons are to pawn shops, adult video stores, and frat houses. It represents both our global interdependence on networks of commodities and our place-bound lives in communities. So, to ask who should rule is to ask how we should weigh the goals of mineral development and community character. The fault line here runs along the private/public divide in our lives. As consumers in the private sphere, we need the energy network. But as democratic citizens we need enfranchisement in the public decisions that impact our lives.
In the late nineteenth century, private corporations were upgraded to ‘persons’ with constitutionally protected rights, while municipal corporations (towns and cities) were downgraded to “creatures of the state.” According to Dillon’s Rule, cities “owe their origin to, and derive their powers and rights wholly from, the legislature. It breathes into them the breath of life, without which they cannot exist. As it creates, so may it destroy.” Yet at the same time several state constitutions granted cities the power of “home-rule,” meaning some measure of autonomy and the ability to enact legislation without explicit state permission. And in 1926, the Euclid Supreme Court case validated zoning as a permissible exercise of municipal authority to restrict certain uses of private property.
Zoning gives cities the power to limit the location of industrial activities. Everyone agrees fracking is an industrial use. But unlike many other industries it cannot locate just anywhere, because it depends wholly on minerals that are stuck underground. From the perspective of energy networks, who cares if there is a park or a school on top of the hydrocarbons? But from the perspective of local places, this makes fracking like Frankenstein’s monster. It is an unholy creature out of sync with the order of things. It is out of place. But that only matters to the extent that place matters.

Place should matter a great deal. If a well is planned near your home or your child’s school, you ought to be involved, and municipal government is the only political institution that will be responsive. Take it from those in unincorporated areas living near wells governed only by the bare bones rules of state agencies concerned primarily with getting the minerals out of the ground. If you don’t live in a city with police and zoning powers, you are treated not as a person in a place but as a node on a network.

Cities should hold the lion’s share of power over fracking, because it is as a land use issue that the most profound interests are at stake: what kind of activities can occur in my neighborhood and how will they impact my children, my lungs, and my water? The New York Supreme Court took a step in this direction when they upheld Dryden’s ban last year. Justice Phillip Rumsey leaned on the distinction of ‘how’ vs. ‘where.’ State government decides questions of how fracking must be done, but local governments decide questions of where it can take place.


This upholds the vital good of local self-determination. Because what is at stake with fracking is not just environmental and economic questions, but also civic questions about whether we can escape the stupor of private consumption and find purpose in crafting the public good. As Alexis de Tocqueville argued:


Municipal institutions constitute the strength of free nations. Town meetings are to liberty what primary schools are to science; they bring it within the people’s reach, they teach men how to use and how to enjoy it. A nation may establish a free government, but without municipal institutions it cannot have the spirit of liberty.
This is why we should root for Dryden and resist the Texas legislative threats to local power. In the age of unlimited corporate spending at higher levels of government, the city is the last bastion of genuine democracy in America.