Anti-fracking, but Pro-development? On The Limits of Idealism

How should we think about – and what should we vote on – the proposed city-owned gas utility? Here is the language on the ballot:
“Shall the City of Denton be allowed to own, acquire, construct, maintain, and operate a gas utility in order to provide gas utility services to non-residential customers in that area of the City near the Airport Industrial Park.”

Essentially, voters have a chance to approve that the city run a combined heat and power plant (CHP) and related commercial natural gas infrastructure (including a pipeline) to foster industrial development near the airport. It seems like nearly everyone in-the-know is in favor of this one – from Richard Hayes to Kevin Roden. There’s a lot to like about it for people placed along a wide swath of the political spectrum – jobs, diversified tax base, and state-of-the-art technology that is relatively efficient and thus more environmentally friendly compared to traditional alternatives.

But this project is bound to stick in the craw of those who fall on the extremes of the political spectrum. Those on the far right might decry government meddling where the free market knows best. But I want to focus on the far, call it green, left: Why are we committing to fossil-fuel-based development given how toxic the extractive practices are and given the closing window on our chances to avert climate disaster? 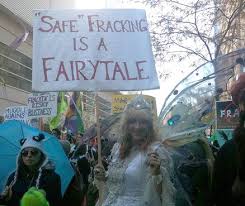 Those who have been seeking stricter drilling and fracking regulations may be able to consistently support this CHP project, because their position is not necessarily an anti-fossil fuel one. But those who have called for a ban on fracking seem committed to opposing this project as well. After all, if natural gas is the problem, this proposal will sink us deeper into the problem.

So here is my question: Where are the voices in opposition to this CHP plant? Why were they so loud about fracking but silent on this?

I know plenty of folks who opposed the way City Council initially went about the project (by-passing the Charter and all). But who opposes not just the method but the goal, not just the means but the end?

This is a sticky one, because we do so utterly depend on fossil fuels to keep the economy humming along. And we depend on the economy for jobs and we depend on jobs for bread and butter. Thus, the question about the proper scope of idealism - in this case, opposition to fossil fuels. Yes, I want us to kick the fossil fuel habit...but a project like this seems so irrefutably practical and beneficial. But how can one stick to ideals if all along the way exceptions are made for practicality's sake?

It reminds me of Robert Kaplan's new piece in the Atlantic on Henry Kissinger. He defends great leaders as those who know when to violate ideals - even basic Judeo-Christian morality - when the times demand it. Indeed, he speaks of the MORALITY of this leadership...someone has got to save civilization (in Kissinger's case) or in this case, someone has got to make sure Denton provides jobs and a sustainable tax base.

Kaplan slings an arrow intended to wound us 'intellectuals':
"The rare individuals who have recognized the necessity of violating such morality, acted accordingly, and taken responsibility for their actions are among the most necessary leaders for their countries, even as they have caused great unease among generations of well-meaning intellectuals who, free of the burden of real-world bureaucratic responsibility, make choices in the abstract and treat morality as an inflexible absolute."